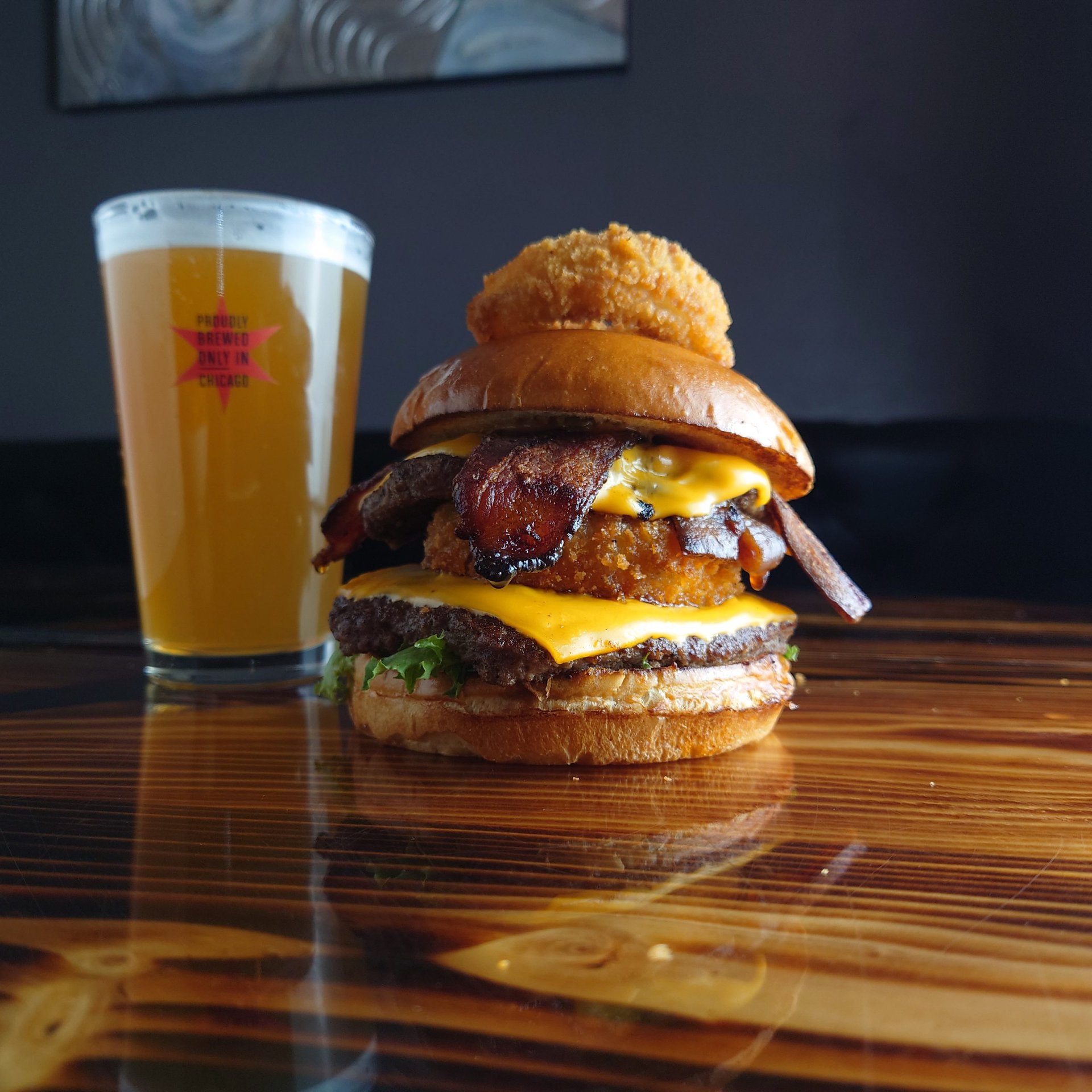 Radius’ Chef Chris Pavlou believes a championship city deserves a championship hamburger! Today, you’ll discover why a burger called the  Viking State Champ Burger has people from all over Northwest Indiana calling this burger a champion.

But don’t think for a moment that this burger is just another hamburger with a title. This hamburger was created by the entire Radius Team and uses a sauce so special, it was locked up in the Radius vault. It was on reserve for a special occasion. Well, sports fan…this is it! We can’t think of anything that warrants the premiere of this special sauce quite like a State Championship.

Oh yeah… they now have a name for the sauce, “The Viking Sauce.” 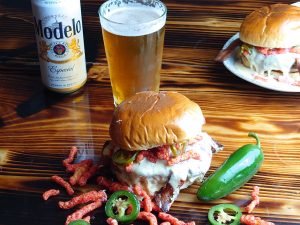 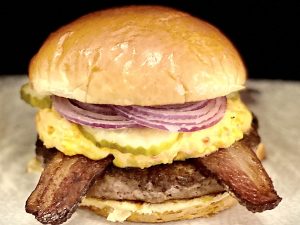 If you aren’t familiar with the New Burger Wednesday Contest, here is a link to the blog called, New Burger Wednesday! Radius Lets Customers Choose!   If you haven’t read the article, you may want to now. For anyone that is a fan of the All-American Hamburger, this is a fun read. But be warned, this article is filled with mouth-watering images of burgers from the Radius Menu. Don’t read on an empty stomach! 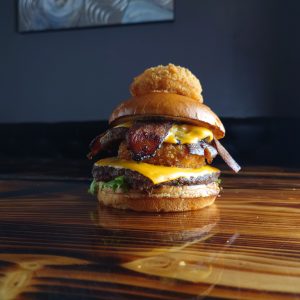 The idea for the Valpo Viking Burger began at the State Championship game in Indianapolis. Chris Pavlou and his family were sitting in a sea of green, cheering on the most improbable outcomes. Pavlou’s pride for Valpo was inspiring. He started envisioning what ingredients and flavors could capture the essence of this big game.

While Pavlou is known for his amazing pallet, a burger this significant would take the commitment of his entire team. Pavlou called his cooks, his managers, and even his hyper-creative marketing guy.

Ideas were discussed, and flavors were experimented with. According to Pavlou, a state championship will be talked about for years to come, and so must this burger. After painstaking attempts at perfection, they had their hamburger. After they found the burger that was worthy of a championship city, the Viking sauce was added. It was the perfect compliment to a remarkable hamburger.

THE NEXT RADIUS BURGER? YOU’LL DECIDE! 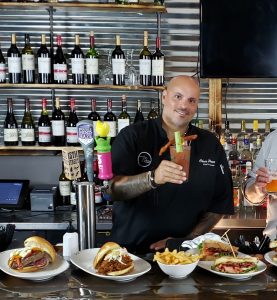 Thank you for visiting with us as we explore the Viking State Champ Burger. We hope you enjoy it as much as we enjoyed creating it. Valpo deserves the very best!

New Burger Wednesday is every Wednesday at Radius -Valpo. It’s your chance to help decide which burger will make the Radius Menu. Of course, when the smoke clears at the end of seven months, only one burger will be named the winner! But for fans of the All-American Hamburger, the real winner will be you! Cheers